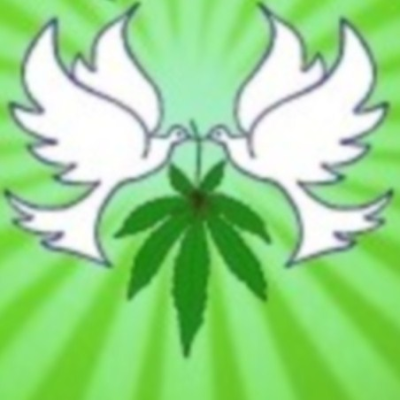 Free our weed worldwide!!! Healing & growing of cannabis = legal & research for the R.S.O. protocol. * All governments around the world have...
Login to Add Twibbon

Free our weed worldwide!!! Healing & growing of cannabis = legal & research for the R.S.O. protocol. * All governments around the world have... more →

Free our weed worldwide!!! Healing & growing of cannabis = legal & research for the R.S.O. protocol. * All governments around the world have to legalize cannabis for recreational and medicinal use, with no limits on how many plants one can grow. * All governments have to fund research into further medical benefits for cannabis, specifically the R.S.O. protocol. Hi Buddy. Start a petition yourself too :) in it, ask everybody to do the same. After you hand it in, you can start another one. Until it is done. I found a neurologist who wants to do the first ever official clinical trial, using Rick Simpsons protocol. Of eating 60 grams within 90 days of pure t.h.c.-oil of an 100% indica strain. I want this to be done veganic so this trial will not fail because of poisons. Going vegan is also good for the environment and your (mental) health, so the only choice. Is cannabis capable of curing most of today's terminal and otherwise devastating diseases? Even babies and animals are really healing from a wide variety of diseases with this medicine if taken in a certain protocol according to numerous stories I’ve read on the internet over the years. This trial will hopefully show the world it can be done, and will be available for all diseases soon. But. Is the evidence not overwhelmingly present already that this plant has healing capacities?!! An enormous amount of studies have been done, proving the effectiveness of cannabinoids. When ingested or vaporized. Because smoking more than 3 a day, will have to many harmful side effects. Even really old people were able to cut their medine in half for various illnesses so was recently tested in Canadian retirement homes. But in Israel for instance they already give this out in retirement homes as their protocol, because they know it works. Why are we still testing it? Children can manage really serious symptoms for several diseases like we know from the recent public outcry that made it happen for this plant to be allowed for medical use in England now! A great example of what we can do if we get together. But it is limited to only a few really serious diseases while other people still suffer without it. This plant can heal so many minor problems too and prevent serious conditions to develop. The importance the American government attaches to the plant is shown in the fact, they patented it themselves. That may be why the government has hunted cannabis users the most in recent decades, America, registered a patent itself in 2003 because of the healing properties. Look up US patent: 6630507 B1. Big Pharma, in cooperation with governments, will be the only one who will claim all rights to this beautiful plant from nature. While it is legally established that nature cannot/may not be patented. With all kinds of tricks that is what they do now. It has to stop. We have arranged for smart people to organise things for us. Finding ways with all their knowledge to honour everybody in this process. They are not here to run their own agenda of control, money and war. We are with many!!! They are just a few!!! If they refuse to do it right we will get others to get it right for all of us. Start a petition yourself too :) in it, ask everybody to do the same. After you hand it in, you can start another one. Until it is done. For a longer version: https://www.gopetition.com/petitions/make-cannabis-legal-worldwide.html Contact me for more info at Dawn Eve @centerinventor1
Close