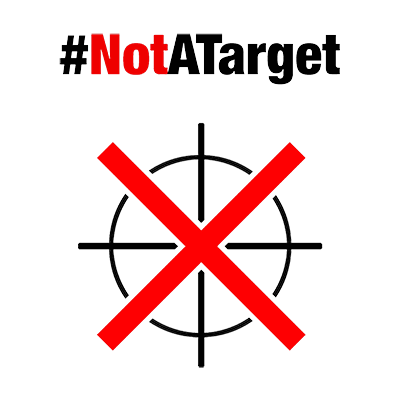 Doctors Without Borders/Médecins Sans Frontières (MSF) Canada is launching a social media act of solidarity to stand up for the protection of civil...
Login to Add Twibbon

Doctors Without Borders/Médecins Sans Frontières (MSF) Canada is launching a social media act of solidarity to stand up for the protection of civil... more →

Not A Target Campaign Description

Doctors Without Borders/Médecins Sans Frontières (MSF) Canada is launching a social media act of solidarity to stand up for the protection of civilians and civilian infrastructure, patients, medical staff, and hospitals in conflicts. The February 15, 2016, attack against a Doctors Without Borders/Médecins Sans Frontières (MSF)-supported hospital in Syria was just the latest example of health facilities and humanitarian aid efforts around the world being treated as military targets in the last few years. On average an MSF-supported health structure was bombed or shelled every single week in 2015 in Syria and in the first six weeks of 2016. MSF's health workers and health structures have also been targeted in Yemen, South Sudan and Afghanistan, amongst other countries, causing intolerable suffering, death and destruction. And this is only the tip of the iceberg of reported attacks. These horrific attacks contravene humanitarian law and have a catastrophic impact on people already made vulnerable by war and violence. When hospitals are bombed, civilians are not only severely maimed or killed, but they also lose access to the medical help they desperately need. Why are we launching the #NotATarget campaign? To stand in solidarity with civilians, patients, medical workers and hospitals who continue to be targeted victims of attacks by armed groups around the world; To highlight the horrific consequences of targeted attacks on people; To demand the right of humanitarian workers to provide humanitarian care to people in need, particularly in conflict zones.
Close