For Victims of Hate Crime 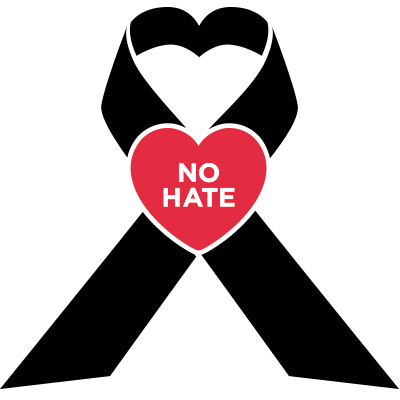 22 July 2016 European Day of Victims of Hate Crime Each year, the No Hate Speech Movement through its campaigners, activists and partner organisa...
Login to Add Twibbon

by László Földi awhile ago

22 July 2016 European Day of Victims of Hate Crime Each year, the No Hate Speech Movement through its campaigners, activists and partner organisa... more →

22 July 2016 European Day of Victims of Hate Crime Each year, the No Hate Speech Movement through its campaigners, activists and partner organisations commemorates and expresses solidarity with the victims of hate crime. 22 July is the day of Oslo attacks and Utøya massacre that claimed a total of 77 lives. The attacks were motivated by extreme right ideology and racist hatred, the perpetrator confessing to view all the victims as traitors for supporting immigration and multiculturalism. The attacks on 22 July were an attack on the human rights culture upon which Europe is based. Crimes motivated by hatred and prejudice happen in every country of Europe. A report of the Fundamental Rights Agency of the European Union, shows that minority groups are still the most vulnerable targets, amongst the most targeted being the Roma, LGBT and immigrant communities. A survey among victims of hate crime shows that many of the hate crimes go unreported, as the police force is seen as incapable to act, because of fear of intimidation by the perpetrators, or because these crimes seem to fit the norms of the given community. Hate speech provides the context for hate crime to take place as it dehumanizes its targets and provides justification for physical abuse, violence and heinous crimes, such as genocide and ethnic cleansing. States are responsible to investigate and unmask the motivation behind hate crimes under Article 14 of the European Convention of Human Rights as it affects the entire society. By the No hate Speech Movement, a Campaign of Young People for Human Rights Online by the Council of Europe.
Close