Illegal to kill and exploit 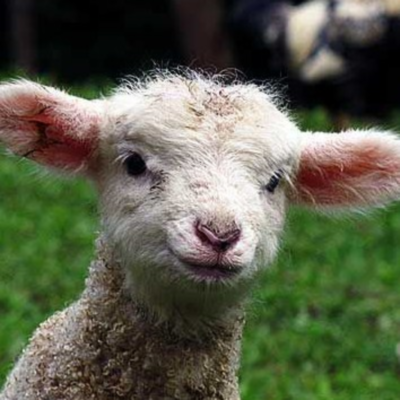 Worldwide protection of animals. Numerous studies can prove how smart animals really are and that they can feel. But let it be obvious they s...
Show my Support Now!
×

We're currently adding the Twibbon to your Twitter profile picture. This will only take a few seconds...

Worldwide protection of animals. Numerous studies can prove how smart animals really are and that they can feel. But let it be obvious they s... more →

Worldwide protection of animals. Numerous studies can prove how smart animals really are and that they can feel. But let it be obvious they should not have to prove themselves in any way, for them to have the right to live and not to be murdered or exploited. We need worldwide laws, that will protect all animals. Stop all killing and exploitation, Including all hunting, animal testing and other cruel practices. Yes, some animals do eat each other to survive. They have no other option. We do. Animals we are not, are we? There is so much hardship going on in the milk and eggs industrie. Even the best possible ones you can buy, with the least possible suffering, are really not acceptable. The seemingly harmless organic cheese with vegetarian rennet (meaning not from the stomachs of murdered newly born calves); this milk was for the male calves who are now brutally murdered because they serve no other purpose in this brutal industry. The free range organic eggs are also part of the same horror industry. The chickens griefs every egg that is being stolen from them, these are their children. Male chickens are murdered (shredded alive) immediately after birth because they serve no purpose for these people. Also those of the free range organic labels. Laying eggs causes a lot of pressure on their organs and normally they lay eggs till the nest is full then they will stop laying eggs, begin to brood and wail till they hatch. With all their eggs being stolen the chickens keep laying eggs to get a full nest but it never happens and they often collapse and never get old. There are plenty of other options out there to make very tasty meals and food products. And please do not get into the cultured meat trap either because there is so much suffering in being a slave who has to forcefully donate muscle tissues over and over. Stop it please. There are other motivational factors for all of the world to go vegan: *We can greatly reduce pollution. Cow’s produce methane that is 25 times worse for the earth’s environment than CO2 is and is responsible for the biggest part of the pollution of the earth’s atmosphere. Following a vegan diet is the best action to reduce one's ecological footprint (United Nations, Greenpeace, Forbes, Oxford Martin Schools research) *And it is healthier if executed right. The American Medical Association is now telling hospitals to go vegan and ban meat and dairy. The Institute of Research on Cancer is asking the population to cut down meat and avoid processed meat. And according to the Dietitians of Canada, “a healthy vegan diet has many benefits, including lower rates of obesity, heart disease, high blood pressure / cholesterol, type 2 diabetes, and certain types of cancer.” And Canada’s Draft Food Guide Favors Plant-Based Protein And Eliminates Dairy As A Food Group. So if that motivates you, great. But please do not forget about our friends, who deserve so much better. We have arranged for smart people to organise things for us. Finding ways with all their knowledge to honour everybody in this process. They are not here to run their own agenda of control, money and war. We are with many!!! They are just a few!!! If they refuse to do it right we will get others to get it right for all of us. Start a petition yourself too :) in it, ask everybody to do the same. After you hand it in, you can start another one. Until it is done. For a longer version: https://www.gopetition.com/petitions/make-cannabis-legal-worldwide.html Contact me for more info at Dawn Eve @centerinventor1
Close